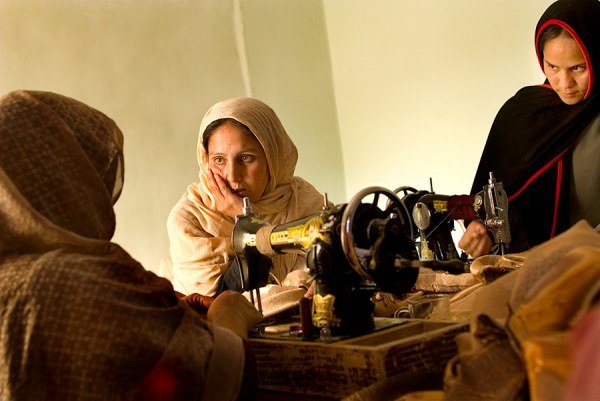 KABUL, AFGHANISTAN – 4/29/2006: Bakhtnazira (center) works and chats with the seamstresses in her workroom. Her business employs many women, some of whom are widows, who otherwise would have no means to support themselves or their families. (Photo by Paula Lerner/Aurora)

In the 23 years I have been a working photographer, women’s issues have been a recurring theme in my projects. My magazine stories have been populated with women from all walks of life: from survivors of domestic abuse to business leaders and celebrated performing artists. I have produced a body of work on a welfare mom and a book about breast cancer walks. But when I had the opportunity to document the lives of women in Afghanistan, my interest was especially piqued. Knowing Afghan women have faced some of the harshest circumstances of women anywhere in the world, I knew their stories would be some of the most compelling I could cover. 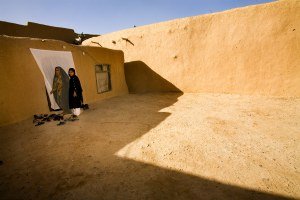 In February of 2005 I took the first of multiple trips to Afghanistan as a volunteer with the Business Council for Peace (www.bpeace.org). Bpeace is a non-profit organization that works to help women in post-conflict countries establish and grow self-sustaining businesses. The women whose stories I documented for Bpeace profoundly moved me: here were women who had survived unimaginable hardships and decades of war, and yet they had the optimism and bravery to help rebuild their country by building their own fledgling businesses. Last year I began gathering audio in addition to taking still images, and recording the women telling their stories in their own voices. This work, “The Women of Kabul,” was published as a multimedia feature on the Washington Post web site in November of 2006. Many news outlets cover Afghanistan’s ongoing insurgency and the misery of war, but few are interested in telling how people are rebuilding their lives in war’s aftermath. I give the washingtonpost.com a great deal of credit for having the courage to be one of a handful of venues in the latter category. 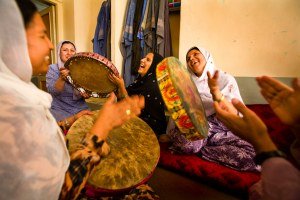 Through my work with Bpeace I came to know Rangina Hamidi, an Afghan-American woman who lives and works in Kandahar, the former Taliban capital city that is still a Taliban stronghold. Her program empowers women by giving them paid employment producing unique Kandahari embroidery, something they can do at home and without breaking cultural norms. Through her work she has come to know well and be trusted by these women. She and I have embarked on a long-term project to tell these women’s stories via a book, print pieces and multimedia features, which are now in progress. By collaborating with Rangina I am in the fortunate position of having access to women who are largely invisible in their own culture, and have the privilege of bringing their stories to the West where they are all but unknown. 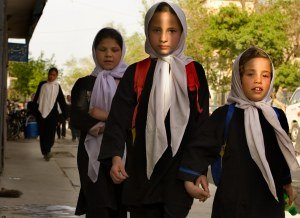 The photographs in this exhibition are selected from the above projects, and show the daily life behind the headlines in Afghanistan. As a photojournalist and storyteller I try to convey these stories with integrity and honesty, and in the process I also hope to make art. The images in this collection are those that I feel have come the closest to succeeding at this.