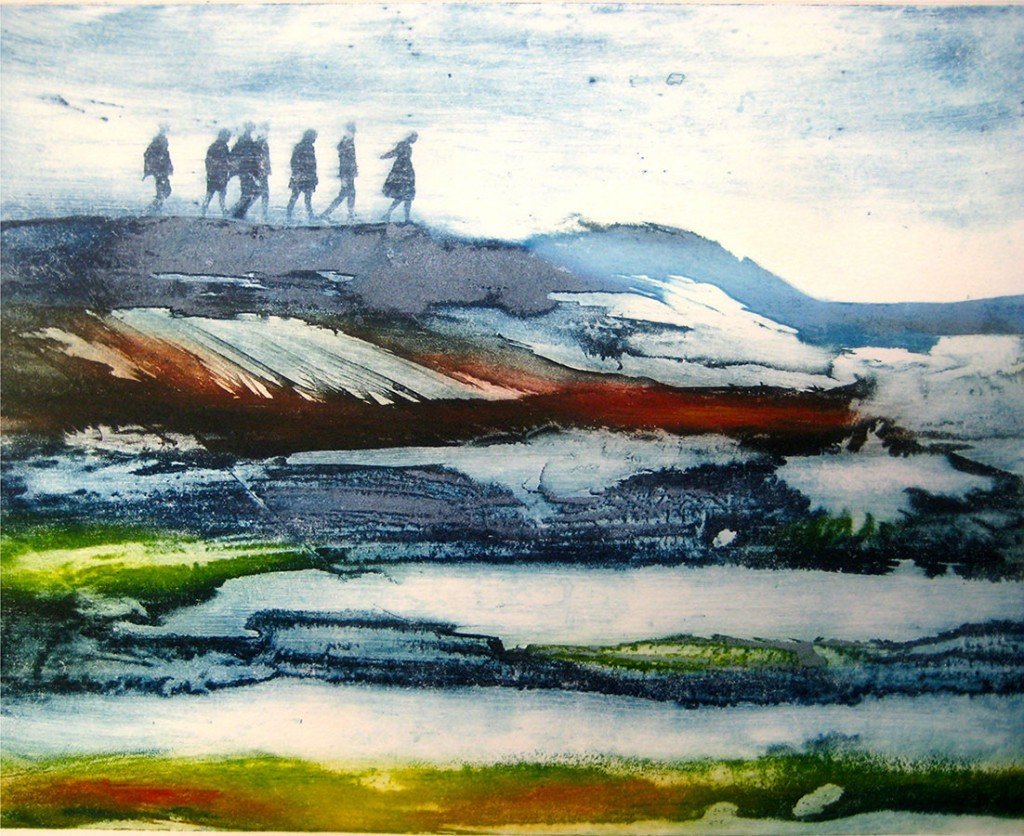 The Belmont Gallery of Art’s Opening Reception for “Continental Drift” takes place Friday, Oct. 24, 6-8pm.
The Scandinavian Center’s Nordic Hall will host its Artists Reception and Talk, Thurs., Nov. 20, 5:30-7:30pm.
In addition, the Belmont Gallery of Art will host an Artists Print Talk with American and Icelandic printmakers Nov. 23, 2-4pm.
All events are free and open to the public.

“The exhibit’s title, “Continental Drift: Printmakers Converge,” reflects the action of cultures, and continents, coming together via printmaking–colliding–if you will—and then drifting apart,” says Boston Printmakers artist Bob Tomolillo, who organized the group’s trip to Iceland. Tomolillo says that art is everywhere in Iceland and that the visitors from the US were inspired by what they saw in the country’s strive to protect its cultural heritage and connection to the “sacred” landscape.

Society has long embraced the printed image: from the earliest depiction of saints in medieval woodcuts through Andy Warhol’s Pop Art silkscreens of modern day symbols. Printmaking as an art form is practiced around the globe—with the images as varied as the regions and cultures that practice the craft. “ Continental Drift: Printmakers Collide” gives art lovers the opportunity to celebrate printmaking traditions—new and old–from two unique–yet connected–world cultures: the US and Iceland.

The Scandinavian Cultural Center’s Nordic Hall in W. Newton hosts a “Continental Drift” companion exhibit through November with a collection of recent prints by Icelandic artists “inspired by landscapes and human nature.”